The Tale of Ned Kelly

Ned Kelly was an Irishman, reckless, bold and wild.

His brother Dan was, sad to say, by no means meek or mild.

Ned tried to protect her and he was made the villain.

The law came knocking at the door.

Dan and Ned, they up and fled, and hid out in the bush. 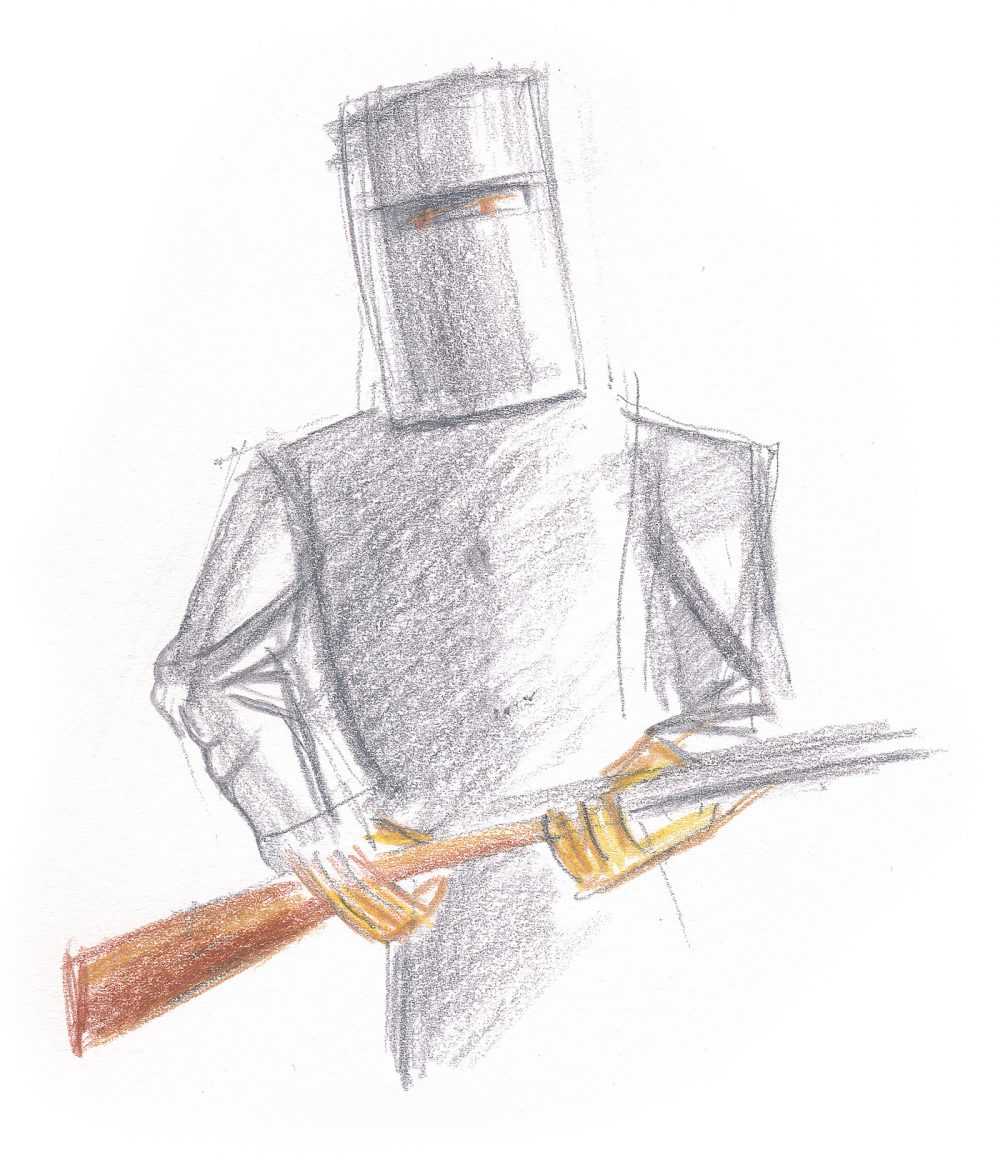 The law jailed the Kellys’ mother in retaliation,
And also many of their friends, and many a relation.

Sergeant Kennedy and constables three took off after them:
McIntyre and Lonigan, and the third man was Scanlon.

They were ambushed by Ned Kelly’s gang at a creek called Stringybark.

Ned shot the three policemen and thought it was a lark.

Lonigan and Kennedy and Scanlon died in that fateful fray.

Soon word went round. Stories abound of just what happened on that day.

Steve and Joe and Dan, and of course, wild Ned,
Now were hunted men with prices on their head.

The lawmen swore to hunt them down, put them out of circulation.

By now the Kelly gang had earned a reputation.

They holed up at Faithfull’s Creek at a large sheep station,

Took hostages, left Joe in charge, rode to Euroa town,
Where they robbed Euroa Bank of over two thousand pound.

The law pursued relentlessly through Vic. and New South Wales.

They sympathized with Ned and gang. Few sided with the law.

Next the gang held up Jerilderie, netted two thousand more,
While Dan and Steve held hostages in the Royal Mail,
Shouted drinks, or so the locals told the tale.

The law resumed its hunting, but folk sympathized with Ned,
Even though the entire gang had a price upon its head.

Joe shot him in cold blood, trapped him in a corner.

‘Twas all-out war from then on. They rode into Glenrowan,
Took hostages at Jones’ Hotel, where they made their stand-in.

A train-load of police was rumoured on its way.

The Kelly gang severed the wires, and organized their stay.

They pulled the railway tracks up to vanquish the police,
But Thomas Curnow warned the train, prevented their decease.

From the train the police hastened, and laid siege to the inn.

Ned and his gang knew in their hearts this stand they wouldn’t win.

They donned their home-made armour. Then out came outlaw Ned.

The armour didn’t shield his legs and they were filled with lead.

Ned fell cursing to the ground with lawmen gathered round.

Joe Byrne was killed inside the pub and Steve and Dan went down.

They hanged wild Ned at Pentridge much to many folks’ regret,
And arguments abound about injustice yet.