Henry and the Crocodile

Henry was a grazier, successful and well-known.

All the folk would doff their hats when he strode through the town.

Henry loved his fame and fortune, loved men’s adulation,
But secretly folks thought him vain, such was his reputation.

He owned a hundred thousand cattle where The Creek and Barcoo met,
But one year when the rains came down and it was very wet
The creeks came up in flood. There was water all around. 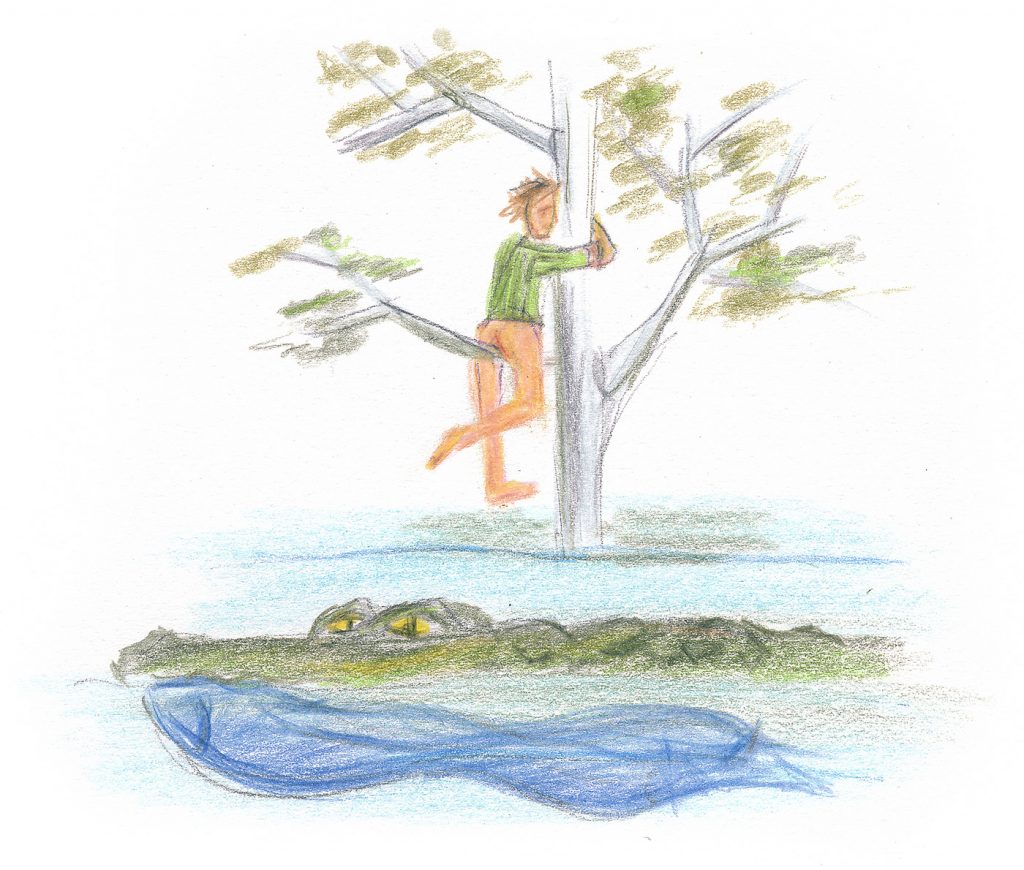 The cattle slowly moved on up to safety on high ground.

Henry was in Blackall. He hurried on back home.

He feared the homestead under water and the cattle gone.

He ploughed on through the water till his jeep gave up the ghost.

Then with water rising round him and every gate and post,
It rose up to the windows of his jeep, so he climbed out,
And sat upon the rooftop, looking anxiously about.

With water rising higher he spied a tall gum-tree nearby
And swam towards its branches, then gave a panicked cry.

A croc. had surfaced near him. Henry swam for dearest life.

The crocodile swam nearer. Henry was in strife.

The croc. grabbed Henry’s trousers, pulled and wouldn’t own defeat.

As Henry kicked out in alarm his pants slid off his feet.

He reached the tree in safety and sighed with great relief.

All he’d lost was dignity. He could have come to grief.

Trouserless he perched there till a chopper hovered past,
Found him hungry and half-naked, and rescued him at last.

His rescuers laughed loud belly laughs to see him dangling there
In the harness as they raised him pantless in the air.

The story went around the town of Henry in the nude.

Now everyone in Blackall town mocks him and is rude.